“Can I get a Fast Pass?”: Learning from Disney about health care quality

While returning from a vacation to Walt Disney World yesterday, my family and I were in a disorganized crowd at the Orlando International Airport boarding the tram that shuttles travelers between terminal buildings.  A man yelled “Can I get a fast pass?”  Everyone laughed.

Anyone who has been to a Disney park knows that a “fast pass” is a little ticket that can be obtained at the entrance to popular rides that gives an assigned time after which you can return to the ride and avoid having to stand in a long line.  They are lifesavers, particularly to families with kids on hot days.  Going through the “fast pass return” gate to a ride always makes you feel like you were lucky to win a prize or that you are a special guest.  It is a process design that anticipates a customer problem and prepares in advance to resolve the problem, thereby delighting the customer.

Over the course of our vacation, my wife and I noted hundreds of little ways that Disney was “thinking.”  Signage that always seemed to point to where we wanted to go.   Rubber tubing inserted in the train track slots at cross walks to keep buggy wheels from getting stuck.  Masking tape applied to the pavement just before the evening parade and fireworks to mark places OK for standing and removed just before the end of the parade.   The list goes on and on.

Once aboard the Orlando Airport shuttle, after making sure my daughter had a good grip on the pole (the one with the germs of thousand of travelers!), my thoughts wandered to the business trip I had taken the week before, when I missed my return flight from Chicago because I waited for more than an hour in the security line at O’Hare Airport.  While waiting in that line, I had plenty of time to study the processes at the airport to try to figure out why they are so un-delightful.  At O’Hare, at the security entrance to terminals E & F, travelers must choose among four roped-off waiting lines.  Fifteen minutes into the line, I noticed that my line and the line next to me were moving far more slowly than the other two lines.  After another half hour of waiting and inching closer to the inspection area, I had the diagnosis.  Out of 5 x-ray baggage screening machines, Homeland Security had staffed only three of the machines during this Saturday morning of Spring Break week.  (Perhaps they lacked “intel” about school schedules in the homeland?)  Two of the waiting lines fed into their own screening machine.  My waiting line merged with the other slow line to share a single screening machine.  I finally made it up to the ID check lady.  After she checked my ID against the home-printed boarding pass (some other time we can try to figure out how that is adding security value), I politely asked if I could make a suggestion and explained the problem with the lanes and suggested that they close off one of the two slow lanes.  She looked at me with a quizzical “and you think I care?” look.  After another 10 minutes in the line, I noted that there were about the same number of staff standing and watching as actively interacting with travelers or their bags.    I overheard one of these watchers say to another “What a mess.  It’s enough to make you want to help out.”  The other watcher smiled at the joke.  After I finally got through and finished hopping on one one foot to tie my shoes, putting my belt back on, and repacking my computer bag, I realized that I missed my flight.

So, why has Disney been able to outperform O’Hare, Orlando International, and Homeland Security in customer experience?

I believe that the answer is culture.   I’m a person that usually focuses on numbers and science, and the concept of “culture” sometimes seems too vague for my taste.  But, it is undeniable that some organizations achieve a culture that emphasizes quality and customer satisfaction, while other organizations do not.  In my experience, small organizations tend to have an easier time achieving such culture, since each member of the organization is close to each other and to the customer.  But Disney is a huge corporation.  I suspect that Disney has built up their culture over many decades, attracting employees that find Disney’s culture attractive, selecting employees that already have personality and character traits compatible with their culture, training new hires in their philosophy and the processes and techniques they use to pursue that philosophy, and creating an experience for those employees that their ideas count and their effort is appreciated and rewarded.

On Sunday morning, I overheard two Disney employees talking to each other, greeting each other with cheer.  One said “I’ve got to hurry over to the mono-rail, which is backing up for some reason.”  The  Disney employee was in a hurry, but took a moment to express cheer and respect for a fellow employee.  The employee had a sense of urgency to solve a problem with customer experience.  But the last three words caught my attention.  “For some reason.”  The employee had an inherent interest in the causes of the problem, not just in the problem itself.  I was left with the impression that this employee was going to help out with the current situation, while simultaneously trying to figure out and subsequently address the reason that it happened this Sunday morning, so it does not happen again on the next Sunday morning.

So what can we learn from Disney and airports about the quality of care in Accountable Care Organizations (ACO)?

For ACOs to be successful, they must be competitive — not only to purchasers, but also to patients.  They have to create processes that anticipate the needs of the patient, and solve problems before they happen.  They need to be able to learn what works and does not work.  They need to be able to overcome the professional cultures that sometimes emphasize technical competency and physiologic outcomes to the exclusion of humanistic competency, and the satisfaction and delight of patients and their families.

The idea that we in the health care field can learn from those in the hospitality field is certainly not new.  At health care professional meetings, such as meetings of the American Medical Group Association (AMGA), I’ve been to numerous presentations over the years by executives from Disney, Marriott, Ritz-Carlton and other hospitality companies about how they select and train people, how they have huddles at the beginning of every shift, how they empower people to solve customers’ problems, and how they reward people that delight customers.  And many hospitals and physician organizations and some health plans have taken this advice to heart and made significant progress to nurture a patient-satisfying and quality culture.  But, I think everyone would agree that we still have a lot to learn and a long way to go.

1 thought on ““Can I get a Fast Pass?”: Learning from Disney about health care quality” 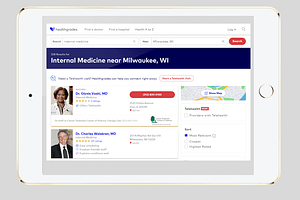