The Epic Sepsis Model (ESM) is a widely used proprietary predictive model that was described as having poor performance in a validation paper by Wong et al, citing low area under the ROC curve (AUC). But the evaluation failed to specify the intended protocol in which the ESM was intended to be used, and failed to include estimates of the outcomes of that protocol compared to usual care. 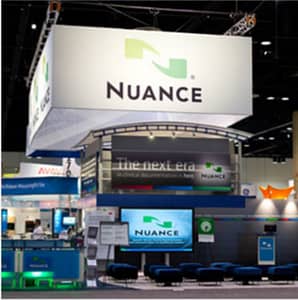 As reported in a rambling article in the Wall Street Journal, Microsoft has announced the acquisition of Nuance Communications, Inc. The WSJ predicted, with its

EMR event log study shows 6 hrs of use per day, but implicitly belittles the clinician’s cognitive effort and the EMR’s support

In a recent paper in the Annals of Family Medicine by Brian Arndt and colleagues at the University of Wisconsin, the authors described the results

This week, I accompanied my daughter and her elementary school classmates on a field trip to see the musical “The Sound of Music.”  To my

In the dust-up about “rebooting” the EHR meaningful use incentive program, “the Emperor has no clothes” has been the most interesting response.

Compliance and Process Improvement are Opposites, no matter how hard you try to make compliance “meaningful”

I’m attending the HIMSS’13 conference in New Orleans this week, a huge assemblage of health care IT people and the bewilderingly diverse collection of technology

Recently, Jesdeep Bassi and Francis Lau of the University of Victoria (British Columbia) published in the Journal of the American Medical Informatics Association (JAMIA) another in

I don’t normally read the Harvard Business Review.  I find it a bit too cool.  Trying too hard to coin new words.  Over-simplifying complex issues.

The race in on between triple-aimers and hospital defenders

This week, Julie Creswell and Reed Abelson published an interesting piece in the New York Times about how the war between hospital chains puts doctors