Reports of the death of Cost-Effectiveness Analysis in the U.S. may have been exaggerated: The ongoing case of Mammography

Guidelines for the use of mammograms to screen for breast cancer have been the topic of one of the fiercest and longest-running debates in medicine.  Back in the early 1990s, I participated in that debate as the leader of a guideline development team at the Henry Ford Health System.  We developed one of the earliest cost-effectiveness analytic models for breast cancer screening to be used as an integral part of the guideline development process.  I described that process and model in an earlier blog post.  Over the intervening 20 years, however, our nation has fallen behind the rest of the world in the use of cost-effectiveness analysis to drive clinical policy-making.  As described in another recent blog post, other advanced nations use sophisticated analysis to determine which treatments to use, while Americans’ sense of entitlement and duty have turned us against such analysis — describing it as “rationing by death panels.”  Cost-effectiveness analysis and health economics is dead.

But, maybe reports of its death have been exaggerated. 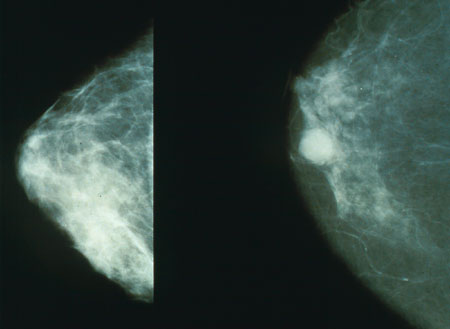 A recent paper published on July 5, 2011 in the Annals of Internal Medicine described the results of an analysis of the cost-effectiveness of mammography in various types of women.  The study was conducted by John T. Schousboe, MD, PhD, Karla Kerlikowske, MD, MS, Andrew Loh, BA, and Steven R. Cummings, MD.  It was described in a recent article in the Los Angeles Times.  The authors used a computer model to estimate the lifetime costs and health outcomes associated with mammography.  They used a modeling technique called Markov Microsimulation, basically tracking a hypothetical population of women through time as they transition among various health states such as being well and cancer free, having undetected or detected cancer of various stages and, ultimately, death.

They ran the models for women with different sets of characteristics, including 4 age categories, 4 categories based on the density of the breast tissue (based on the so-called BI-RADS score), whether or not the women had a family history of breast cancer, and whether or not the women had a previous breast biopsy.  So, that’s 4 x 4 x 2 x 2 = 64 different types of women.  They ran the model for no-screening, annual screening, and screening at 2, 3 or 4 year intervals.  For each screening interval, they estimated each of a number of health outcomes, and summarized all the health outcomes in to single summary measure called the Quality-Adjusted Life Year (QALY).  They also calculated the lifetime health care costs from the perspective of a health plan.  Then, they compared the QALYs and costs for each screening interval, to the QALYs and costs associated with no screening to calculate the cost per QALY.  Finally, they compare the cost per QALY to arbitrary thresholds of $50K and $100K to determine whether screening at a particular interval for a particular type of women would be considered by most policy-makers to be clearly costs effective, reasonably cost-effective, or cost ineffective.

The authors took all those cost effectiveness numbers and tried to convert it to a simple guideline:

Not exactly something that rolls off the tongue.  But, with electronic patient registries and medical records systems that have rule-based decision-support, it should be feasible to implement such logic.  Doing so would represent a step forward in terms of tailoring mammography recommendations to specific characteristics that drive a woman’s breast cancer risk.  And, it would be a great example of how clinical trials and computer-based models work together, and a great example of how to balance the health outcomes experienced by individuals with the economic outcomes borne by the insured population.  It’s not evil.  It’s progress.

It will be interesting to see if breast cancer patient advocacy groups, mammographers and breast surgeons respond as negatively to the author’s proposal as they did to the last set of guidelines approved by the U.S. Preventive Services Task Force which called for a reduction in recommended breast cancer screening in some categories of women.

PrevPreviousDr. Ward to speak at 5th Annual Predictive Modeling Summit, November 8-9, 2011, Washington, DC
NextHospitalists have been focused on reducing hospital length of stay, but not so much on smooth transitions to ambulatory careNext

EMR event log study shows 6 hrs of use per day, but implicitly belittles the clinician’s cognitive effort and the EMR’s support

If repealing Obamacare is off the table, can we turn attention to improving it through cost-effective clinical protocols?

How to use and improve predictive models